A downloadable game for Windows

Nuclear Blaze is a unique 2D firefighting game from the creator of Dead Cells, with all the devastating backdrafts, exploding walls and sprinklers you could expect. Fight your way through a mysterious facility and try to keep the blaze under control.

The world is burning.

Well, not exactly, but the whole region is.

As a trained firefighter, you're being air-dropped right in the middle of this hell blaze to investigate and look for survivors. But the unexpected presence of an unknown military facility might somewhat affect your plans.

Using only your fire hose and your skills, you try to clear all fires in each area. But that won't be an easy task: wildfire will spread around you, and even just opening a door might become a serious threat if not planned carefully.

But Nuclear Blaze isn't only about firefighting: the world is packed with secrets, story bits and... cats to save!

Following the path of Celeste, Nuclear Blaze also offers some fine-tuning of difficulty by allowing players to adjust some rules to their needs. There's no Easy or Hard mode, but you can consider the default settings as being quite difficult.

Making your gamer life easier is fine, it's about having fun, so feel free to adjust your in-game settings.

Nuclear Blaze first started as a game jam entry for Ludum Dare. It was created in 48h and received lots of positive feedback and support from everyone :)

My first intention was to create a game my 3yrs old boy could play, as he is a big fan of firefighters. Obviously, the game became more and more complex and quickly turned out to be too difficult for him: I then decided to add a specific "Kid mode".

The Kid Mode is a special mode in the game, designed with young players in mind, featuring specific rules:

About the "48h jam" version

I definitely spent too much time tweaking the fire effect but I'm pretty happy with the final result anyway :) I couldn't implement everything I wanted to get closer to the actual theme, but the general idea was to make a game where you really feel that things are getting worse and worse, and out of control at some point.

The initial intent was to make the final levels feel like "you can't stop the fire anymore, you only have to survive and find your way out", but this didn't make it to the 48h game.

In order to download this game you must purchase it at or above the minimum price of $9.99 USD. You will get access to the following files:

Just finished the Hold my beer with 100% hardness. That was a trip!

This game looks pretty amazing! If I could ask, is this game an x86 or x64 executable?

And, if it's 64-bit, it would mean alot if you could consider adding an x86/ARM64 Windows version. I will support it regardless, looks like great work :)

Holy crap has this come a long way!

From the short little game jam version that didn't even have music, to this absolute master piece that has you slowly unraveling a mystery deep in the burning tunnels of a ominous facility, All the while now backed up by a pretty badass soundtrack.

i love the puzzle element of putting out fire in the right order to turn on sprinklers that help you progress, meaning you cant just run around large burning rooms willy nilly but need to plan you advance or risk getting stuck in a corner with no water and a rapidly approaching inferno. And personally not knowing much about SCP lore really adds to the story for me since i am just as confused as my fire fighter is and i piece together the mystery of the facility along with him.

Its been really great coming back to this after playing the Game jam version, and there will always be a special place in my heart for the game that made me terrified of purple fire

Loved this game, and its kid mode :)

Note to non-windows users: this game can run on linux and non-M1 mac:

Dude 3 years old is a toddler not a kid

As mentioned in the game description, the recommended age for the Kid Mode is 3+. Toddler is generally a term used for 12-36 months children (source: https://en.wikipedia.org/wiki/Toddler). Thus, “kid” mode seems more appropriate here to me. “Child” mode could be an appropriate alternative, but I preferred “kid” for no specific, nor scientifically accurate, reason.

Thanks everyone for participating this very important discussion.

Hi! Sorry, the 48h jam version has no sound. Only the new Steam version (https://store.steampowered.com/app/1662480/Nuclear_Blaze/) has a full soundtrack.

In the game description it said the full release would be available here on itch.io as well as steam, I saw it on steam today and was just wondering if there's a definite date for when it will be available for purchase here also?

Hi! Sure it’s in the works and should be available on itch.io shortly 👍

Does pressing arrow keys does anything in this version?

Very fun game. Unfortunately, the controls were a little frustrating at times. Especially jumping into the fire when you actually wanted to put it out and running into the fire directly behind a door when you open it. I would also like to be able to extinguish fires while jumping or walking, but I can see that this limitation is useful and makes the game a bit trickier, like a puzzle game. But otherwise really great work!

Is it supposed to have no sound?

i love this game it was so good and challenging.
waiting for the steam relase
----->https://store.steampowered.com/app/1662480/Nuclear_Blaze/

Nice, I beat this, it was just the right amount of challenging and progressive difficulty that kept me coming back for more and more! Looking forward to the Steam release.

Hey cool game. It's on my steam wishlist.

Pleeeease make a native Linux version too. Looking forward to play it on the go with my preordered Steam Deck^_^

On my steam wishlist!

For 48 hours this was original and very well done! I look forward to the final release.

Magic  trick candle fire? What? Reminds me of Piemations' Scented Candle short. I then realized that the fire seems to be similar to SCP-310: http://scp-wiki.wikidot.com/scp-310

As for that short I referenced, here it is:

the purple fire was a bit much don't you think?

Don't try to amnestize me. I noticed the purple fire! Although maybe it's not quite a victory, because I searched for "purple fire" in SCP and nothing useful came up.

I did find some hits for SCP-CU, though, and I don't like it. It may try to be the opposite of horror, but that just creeps me out more.

There was a fire that can't go out on the SCP wiki, maybe that's it except it's a magnesium fire?

Fun fact: the game initially was planned as being part of the SCP universe, but I decided not to in the end because of SCP licensing limitations 🤷‍♂️

kinda weird, am I right, seeing as SCP:CB and SCP:SL exist

I’m pretty sure many people just don’t care about SCP licensing when releasing a commercial title related to it. But it’s quite explicit about derivative work: https://scp-wiki.wikidot.com/licensing-guide

I just suppose that the SCP community just have no way to actually enforce their license, so commercial titles do happen. A good example is Control, which is strongly SCP related, but not officially related, because of this license (the devs did mention that in an interview)

This game in 48h?
Man you are a Genius

Im going to wait the full release on Steam!

The game lacks on sounds

I really liked the gameplay in your jam entry. I am glad this is turning into a bigger game.

how do we play this after downloading?

I keep dying in the beginning. No checkpoints or saving I guess?

Will this be available on MacOS once the full version is released?

wow, that was great!

What did you use to make this

The code is written in Haxe, the engine is Heaps and the level editor is the one I made, LDtk (https://ldtk.io). Everything is open source, including the game code :)

i can only see a red backgound and player and the black thingy. i dont know why. 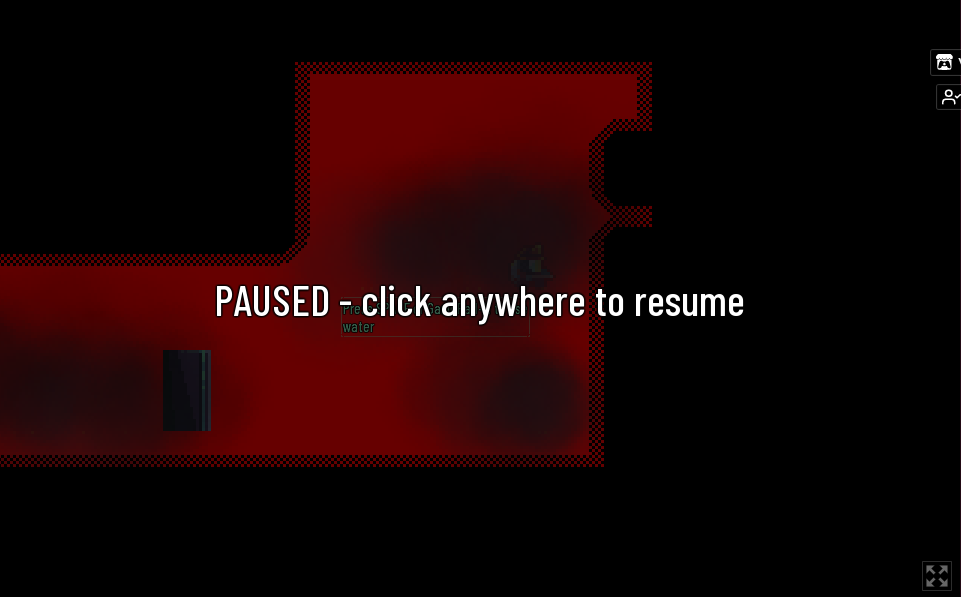 Hi, are you playing on Safari? For some reason, my game has issues on this browser :/

Hmm strange. On what Operating System? Is it possible for you to try to the downloadable version?

i have a windows and a linux machine. i tried the browser version in my LinuxMint 20.1 with chrome. maybe i guess the downloadable version wont have any problems like this.

This game was fucking awesome.

how the heck do i get out of the tutorial

how do i play like i have githhub but it dosnt work. it shows a million folders but no game file

i cant actually finish the tutorial  in the first fire room

Sorry about that, could you please explain precisely what happens, so I can fix it?

Even though there is no sound I kept playing, this is so well made, graphically it's awesome, but also the 'sense of dread' the spreading fire gives is really present. And, it's super impressive you managed to create this in only 48 hours! Really, really good. 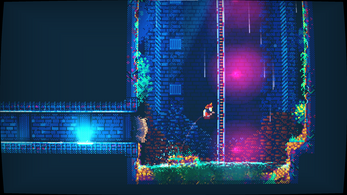 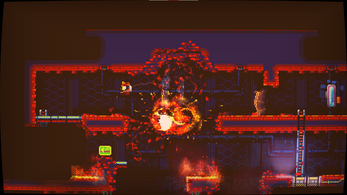 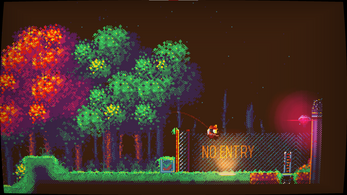