A downloadable level editor for Windows, macOS, and Linux

It is based on my personal experience creating Dead Cells and making game jams.

My goal is to provide an editor that has all the important core features and to do them right, with a modern user interface/experience.

Yes it is :) LDtk is "pay what you want, including free".

You're totally free to try and use it without paying anything, and all the things you create with this tool are, obviously, all yours (even for commercial use). At any given time, you can still decide to contribute by paying any price you want for the app.

My only gripe is that the tile selector expands to cover the currently-edited level even if the tileset is very small, fitting perfectly into the sidebar as-is.  It's a minor annoyance, but it does disrupt my thought process when editing.  Other than that, this is a really useful tool that I've been enjoying using.

Reply
Waldo with a sniper79 days ago

I have a personal question do you like animating if so will you ever make a animating software, anyways keep up the awesome work :D

Editor only, exporting to a JSON file in either LDtk or Tilemap's data format.

Windows Smart screen blocked the .exe installer :/ a good option will be a portable exe .... Anyway, I just extracted the exe file and searched the app-64 folder lol

I’m in the process of signing the app (but it’s a long & expensive process). In the meanwhile, just click on the “More Info” in the Smart screen window, you’ll be able to bypass it.

That's what i always do (Bypassing smartscreen, not Signing my apps)

why with both 32bit and 64bit in installer, this is not necessary

can you add a portable version for 64bit only?

Not necessary for you or for everyone? It's nice to have the choice for those who need it. Just as portable versions are ;)

i don't care about me, i care about useless bandwidth usage, and useless disk operations

don't ship with waste, it's never a good idea, and gives bad impression about the software, when it's too big, it is a sign of incompetence or unnecessary bloat

there are the people who care:

and the people who don't care:

So you would like to see 32bit and 64bit separated? Because as I said: someone might want to have 32bit version.

About the size: I'm with you, a lot of applications are way too big for what they do. Especially the ones that ship a whole Browser to execute themselves ...

Right now, for faster distribution reasons, I only maintain an hybrid 32/64 bits version to maximize support for everyone. It shouldn’t affect anyone, except for some extra 30mb to download, which is… well, not that much imho.

About a portable build, yes, I’d like to have one at some point, but I need to upgrade my auto-updater to support that :)

ok so you don't care at all about the users, that's disappointing to hear only just to save 5 seconds writing the script to zip builds separately, and itch.io has API to upload releases btw, so you could save even more time if you wanted, but i doubt you want, seems you are fine with bloatware (i wouldn't mind if it was 2x 250kb like tilekit i mentioned in other comment, but here it's electron.. but that itself is an other problem, let's stick to the 2x download size issue for now)

> It shouldn’t affect anyone, except for some extra 30mb to download, which is… well, not that much imho.

each 7zip is 50mb, so you waste 50mb shipping useless bloat

50mb for one user

that's 5TB of bandwidth wasted, and it's 5TB of avoidable IO operation on people's SSDs

devs need to respect me and my PC

Maybe he didn't know about that? Maybe there is some other reason? Maybe he is open to this suggestion if it's delivered in a more civilized manner?

Yes, saving space is nice, but I really appreciate that he supports both versions - even if I personally would not use 32bit version. But thanks that its there!

The combined installer is perfectly economically reasonable. But if the solution to your annoyance would take "5 seconds" to implement as you describe - go submit the damn PR - you've spent many times that in condescending tirades in the comments here.

> devs need to respect me and my PC

Just the opposite - no one has less of a prerogative to support "problem users" than an open source developer. Were I the maintainer, I would not be inclined to support your request for it's own sake unless you were financially supporting the project or others also raised the issue.

Very cool! Can't wait to take it or a spin. Thanks for making this FOSS! <3

Windows 7 : WHY I CAN'T RUN IT PROPERLY

It’s exactly what I did recently ;-)

Does it support isometric graphics?

I see, thanks! I will use it anyways.

The downloaded file for Windows (LDtk 0.9.3 installer.exe) apparently installed correctly under Windows 7 Pro, including a shortcut icon on the Desktop, followed by the Loading splash screen, but next was a black screen displaying just the LDtk logo top left. See screenshot. Same occurs if installing/running as Administrator. 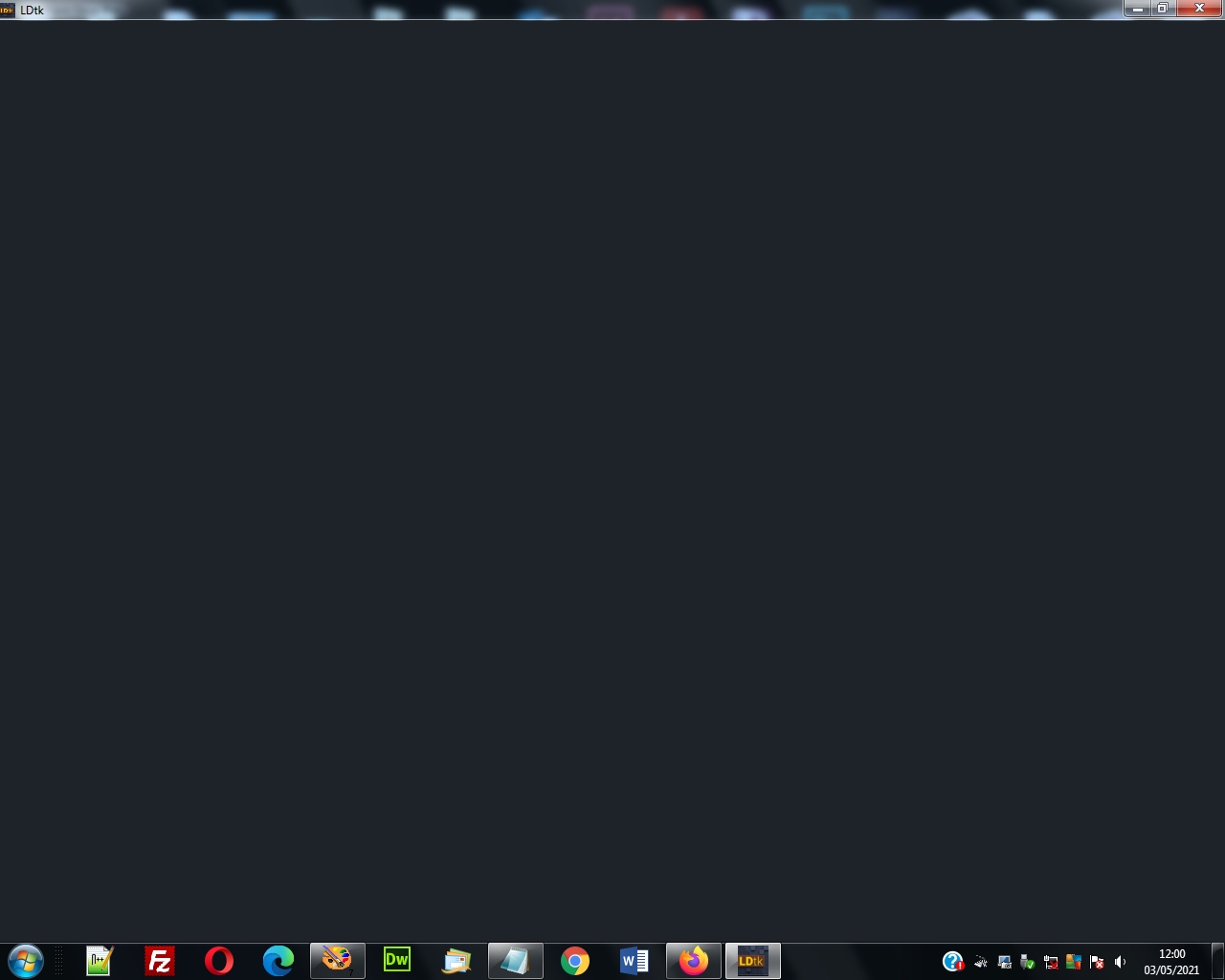 I have this same problem on linux

Almost the same happened to me, when I execute the installer it goes straight into stalling, installs it and shows a windows that says “asset splash.html/app.html file was not found” or something in those lines, while the “main” LDtk window being transparent and over the whole screen making it impossible to close the error window with the X on the corner, thought I was able to close it by hovering over LDtk on the app bar and closing it in the small preview, but it closed LDtk overall, then if I try to open it gives no errors but happens the exact same that is happening to you, I’ve already reinstalled it 4 times but I still think is my computer,,, I’m on Windows 7 ultimate 32bits, LDtk 0.9.3 installer btw

I’ll just wait the next update :)

2) custom fonts? I would like to change that font around the level ('size 256px etc') as it looks a bit pixelated. or maybe fix it.

finally a proper autotile. Tiled is nothing compared to this.

Weird the menu wont show up. here is the screenshot.

I have missing something? 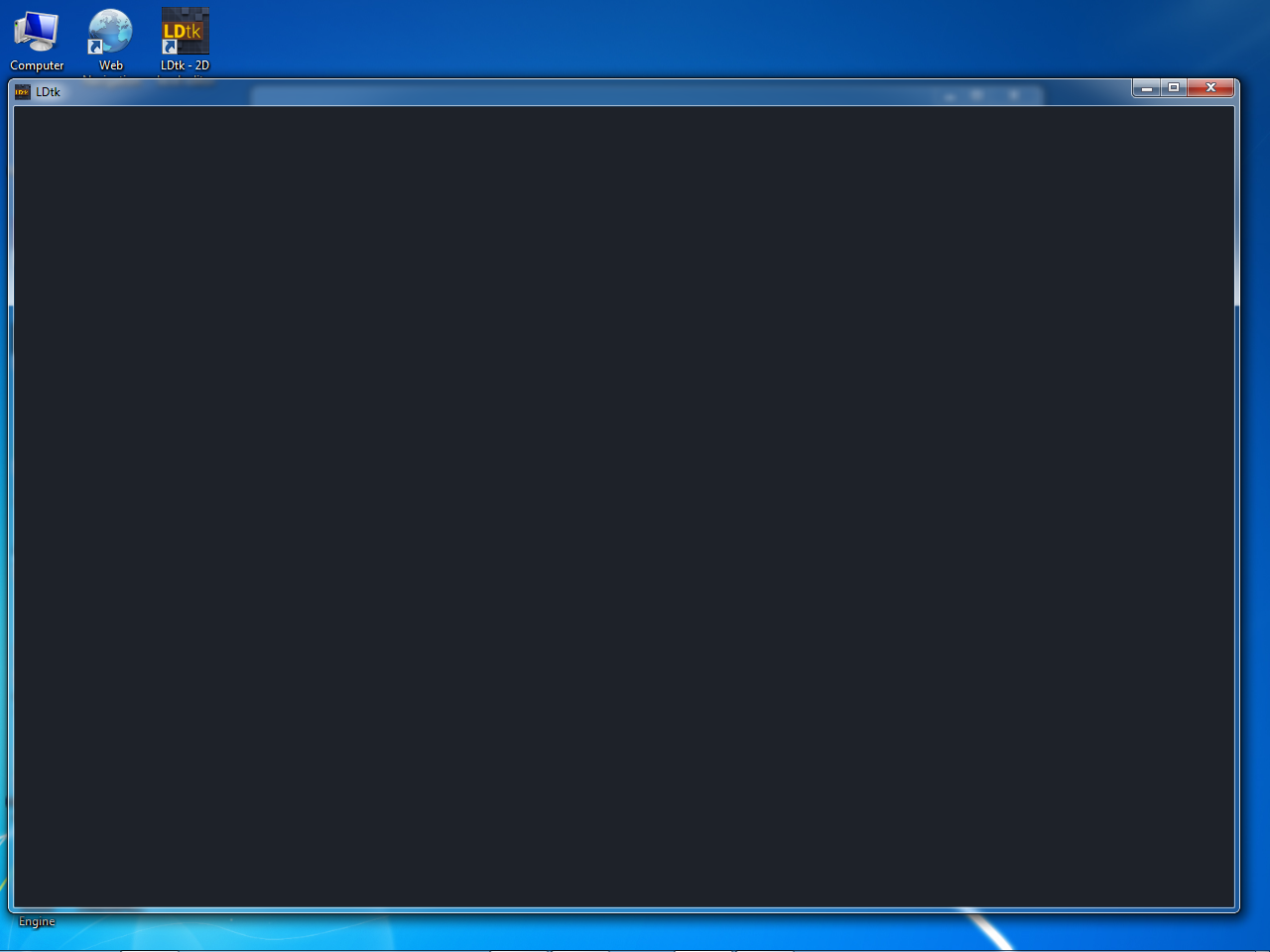 Hey Deepnight, it looks like this might be a problem for another user that posted 2 days ago. Perhaps this is a problem that occurs on Windows 7 devices?

Hi! I just want to mention that I have this same problem (am also on Windows 7), and there isn't a ldtk.log file in the directory that you specified. I'm assuming ldtk.log is a crash log file, which would explain why it isn't there, because the program doesn't crash, it just shows an empty screen with no warnings or errors.

Thanks, I’ll try to fix that for 0.9.4 :) There is an open issue here if you want to get notified of any progress done: https://github.com/deepnight/ldtk/issues/498

Would this be compatible with Game Maker Studio 2? Id love to try this.

How does any of this work?

Any way you could implement a "color" or "tint" function, per tile? I have some 1-bit tile sets that I'd love to work with, but I don't know any tile-based tools that allow arbitrary coloring, so it's hard to visualize and experiment.

That’s an interesting idea, but coloring can mean various things 🤔 In this case, you meant “to replace the white color by another custom color”, right?

Feel free to open a suggestion issue on GitHub, I’ll have a look :) https://github.com/deepnight/ldtk/issues

Basically like a "Color Overlay" layer in Photoshop. I'll do that, thanks.

is this just for level making? can we also add a player sprite?

You can create Entities with whatever property you’d need. But yes it’s a level editor, not a game engine :)

HI ! is there any unity implementation

Since it saves to JSON, you can use any JSON-to-C# converter (just google it) to create the class, then use your JSON library of choice to load the data very easily.

Perfect level editor. I hope it gets libGDX framework with Java language support. I think I can still use it though with the .tmx file export and through reading .json files.

Also you don't have to but I would like it if you would advertise the game I make ;)  It will earn us both more money but feel free to say no any time.

Sure, keep me updated on your progress :)

I'm using this to make a game. It will be sold for money, and because this is absolutely godsend, I'm going to split the profit 50/50 with you via PayPal.

Even if I really appreciate your offer, I definitely cannot accept 🙂 I have very strong beliefs on this specific topic, and your game is your creation. And as such, it belongs completely to you. That’s the exact reason I went for a MIT license on LDtk, because I believe creators should earn the full profits of their hard work (not a big fan of Unreal engine business model and such) 👍

LDtk is a tool with a pay-what-you-want model, but in its spirit, it’s intended to be free. My best reward is it to be used by people to make cool games 👌

PS. Infinity Falls Studio
Even though he wont accept your money from sales of your game, if you really want to give Deepnight Games some money, you could take the 50% (or whatever you want) and buy a copy of LDtk and use the "pay-what -you-want" option = you can give as much money as you want.

Amazing dude! I would love it have a version for win x86

You can check for a new download on the LDtk page. Tell me if it works for you!

:0 thanks you very much, its working :D i will report any bugs

This might sound silly but after downloading and trying LDTK out, I've dropped everything else and started learning Haxe + Heap. This map editor is just dope. Thank you man!

There is a problem: Every time the download is about to finish it throws an error. What will it be?
Anyway, I think it is a great tool, which serves both indie developers and large companies.

Hello!
Yesterday I managed to download it without errors and tested it.
It seems to me ... Incredible, simply incredible!

This application is an absolute godsend for any developer, pixel artist and/or level designer. To get the results that this application produces on a tile by tile basis would literally take weeks. To set rules and have control on the output is not only powerful but this is a real workhorse for simply "getting the job done!"

Awesome application, you are a god amongst men lol :-)

Thanks a lot <3 Glad to hear LDtk was useful to you :) More is coming in future updates! 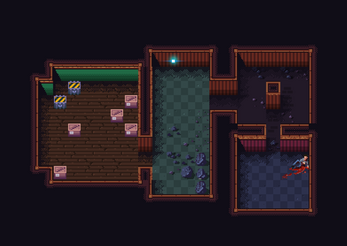